When Hitler killed millions of Jews،
the family of the former Shah of Iran (Pahlavi) celebrated the genocide of the Jews and changed the name of my homeland from Persia to Iran!

Just like the regime of the Islamic Republic of Iran, the Pahlavi family too hated Israel and Jews.

But I promised my people to change the regime, reinstate Persia and The Cyrus Empire and return glory and pride to my country.

THE THREE EVENTS THAT WILL PRECEDE THE NEW PERSIAN EMPIRE

Get the Latest Posts via Email 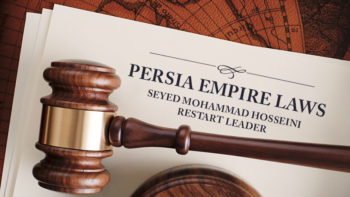