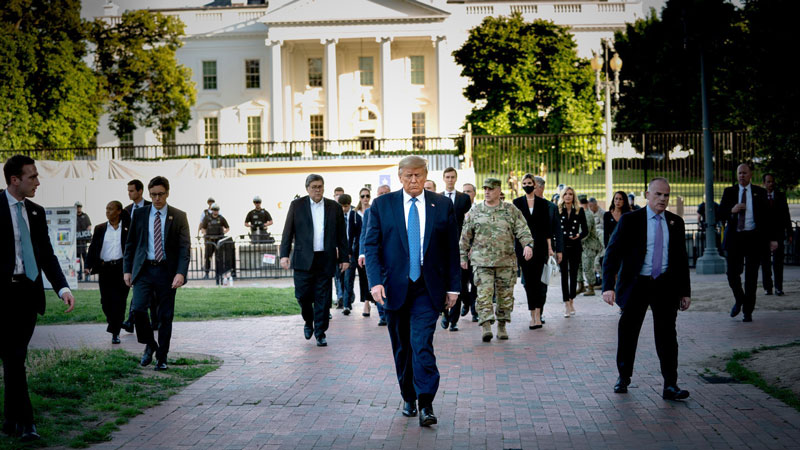 After a short speech, President Donald Trump walked out of the White House abruptly and without prior notice. The American media consider the president’s unanticipated walk through the streets to be very unexpected and unprecedented, especially as protests continued in the US capital today.

Without prior announcement, President Trump stood at the historic St. John’s Church in Washington holding a bible. This church was attacked last night.

Millions of Americans attacked Joe Biden and Nancy Pelosi and told them to learn courage from President Trump.

Joe Biden and Nancy Pelosi did not show up for work for weeks for fear of Coronavirus. However, President Trump walked out of the White House to the church which was set on fire by a few number of terrorist protesters without a face mask.

The Americans announced that a superpower like the United States should have a powerful president like Trump.