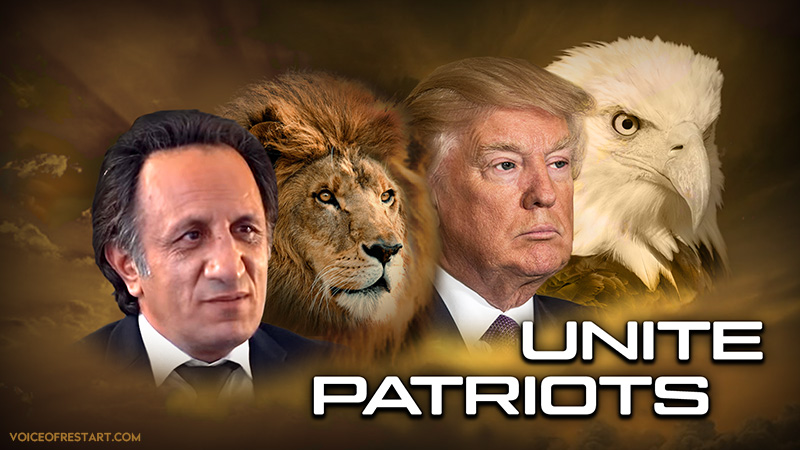 There is no doubt that the enemies of President Trump and RESTART are in great fear of the fall of Globalism!

The team of analysts working for this Globalist media continued,
American Patriots, Infowars, QAnan, and RESTARTEES have united and will topple Iran’s regime with Donald Trump as the commander in chief. So, they are trying to get Trump’s attention towards a war with Iran, and after the regime change, the Cyrus Empire will be established by RESTARTEES.

These commentators and left-wing analysts (Democrats) also suggested that if the RESTART opposition keeps gaining such massive support from President Trump’s supporters in the same fashion, they would soon have to wait for a military strike on Iran and the rise of the RESTART government.
And this is the exact reason why Democrats are being terrified!

They went on to imply that President Trump and Seyed Mohammad Hosseini, the leader of RESTART opposition, are both racist extremists!

Part of the Forensic News article

These Globalist analysts working for fake American and British news media like CNN and BCC admit that RESTART is the future government of Iran and have warned that someone should stop this movement as soon as possible!

They have officially expressed in analytical articles and social media that there should be no silence against RESTART and they should be watched since President Trump and the leader of RESTART are cooperating!

Democrats believe that they should stand against the RESTART opposition before it’s too late, otherwise, Iran will see a RESTART!