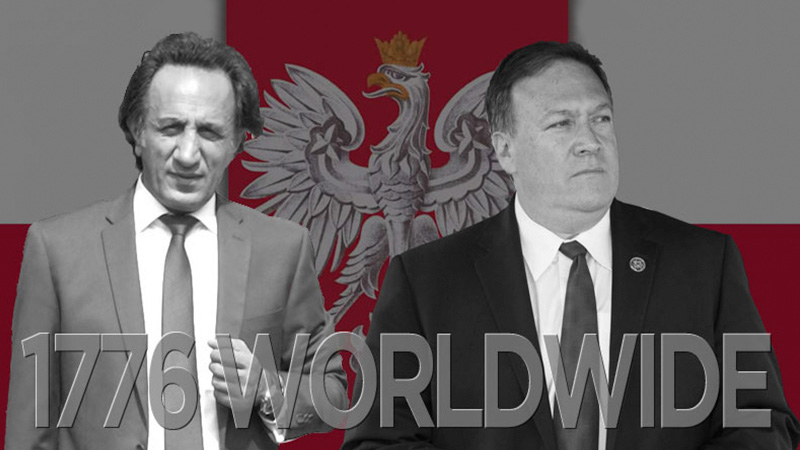 The US State Department, via USA darFarsi, recently announced to Iran that it will support the establishment of an elected representative form of government.

Secretary of State Mike Pompeo then announced an “Iran Focused” “Warsaw Summit” to be held in Poland on February 13th and 14th of this year.

This summit is a bit of a mystery and while mainstream media from across the world are busy criticizing the Trump administration for having it, the RESTART movement is busy asking the US State Department to invite their leader Seyed Mohammad Hosseini.

They believe in a peaceful revolution and they are prepared to sit at the table with world leaders to discuss plans for restoring freedom to the Iranian people.

The open letter begins with, “All human beings are members of a Whole,” and announces that the time of globalism and radical Islam is coming to an end.

1. THE RIGHT TO BEAR ARMS

To prevent dictatorship and concentration of power in the country, the people will have the right to bear arms.

The proposed laws of the “Cyrus Empire” have been acquired from Plato’s Republic, The US Constitution, and Sufism.

3. CHANGING THE NAME OF OUR COUNTRY FROM ‘IRAN’ TO ‘PERSIA’

All international contracts signed during Qajar, Pahlavi and the Islamic Republic regime will be revoked unilaterally and declared null and void.

5. FRIENDLY RELATIONS WITH AMERICA AND ISRAEL

6. COMMITMENT TO THE INDEPENDENCE OF THE JUDICIARY SYSTEM

Making sure that justice is served for those who have murdered and committed embezzlement.

7. THE PRESERVATION OF THE TERRITORIAL INTEGRITY OF OUR COUNTRY

At the same time, respecting the language, dialect, culture, race and ethnic diversity of different parts of the country.

As well as the right to choose your own religion and dressing style.

The idea of a non-violent revolution seems like a new thing and Iran is not the only place poised to manifest this extraordinary accomplishment.

France and Venezuela are asking for the same.

Perhaps we are living in a new golden age, but only time will tell.

Here are some of the proposed laws of the new Cyrus Empire that RESTART hopes to bring about in Iran: