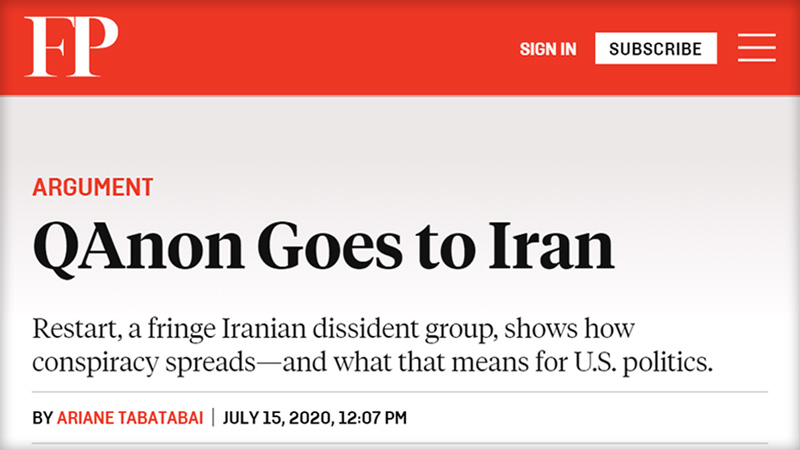 The American Magazine, Foreign Policy, one of the most popular Democrat and anti-Trump magazines, attacked the RESTART Opposition and announced that Trump defends RESTART!

Foreign Policy wrote:
BBC had previously published an analysis as well indicating that we should watch out for the RESTART Opposition «because RESTART follows a new method».
In addition, it stated:
Unfortunately, President Trump has officially defended the RESTART, and this is dangerous.

This famous political and economic magazine also declared that:
RESTARTEES are dangerous because the QAnon and American Patriots strongly defend the RESTART Opposition.

In response to the article of this famous American news agency, RESTART Leader announced:

This news agency that is known as the older sister of the Washington Post and CNN, wrote that the RESTART Opposition is dangerous and wants to do something to get the United States to launch a military strike against Iran.

Two points about your article that is full of lies:

70 million Iranians know me and just one video of mine or one of the Hundreds of programs I have made has as many viewers/readers that you can get for your magazine in 12 months!
The IR regime confessed in the UN Security Council that they are only afraid of RESTART Opposition!!