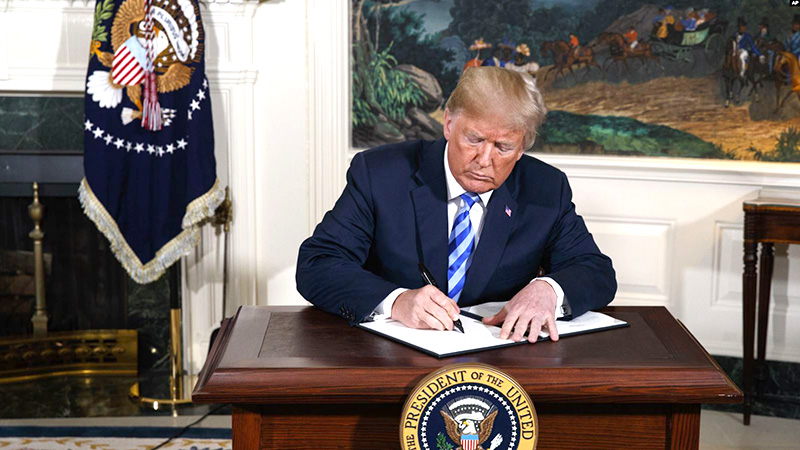 On Thursday morning, US President, Donald Trump, vetoed the resolution of the US Congress that calls for restricting his right to take military action against the Iranian regime.

He said: “The Democrats’ goal in this resolution was to create a rift between the Republicans.”

He wrote: “It was a very insulting resolution that was presented by the Democrats as part of their strategy to win the election on November 3 and to divide the Republican Party.”

The terrorist regime of Iran should know that whenever President Trump decides, he will easily launch a military strike against that country.