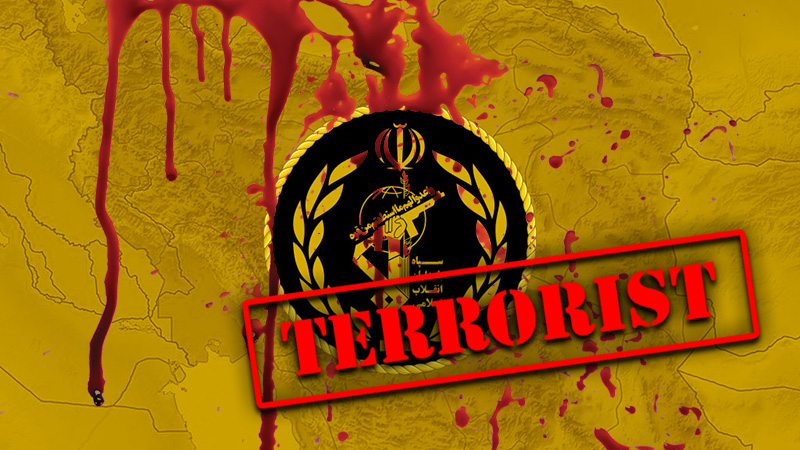 We, millions of RESTARTEES, are aware that
President Trump, Mike Pompeo, and their intelligent team fought with the whole world (Globalists and Radical Islamists) to designate IRGC as a terrorist organization.

As of today, anybody who praises or supports the IRGC, either in Iran or out of Iran, will be under legal prosecution in the future government of Iran (The Cyrus Empire);

From Reformists to Fundamentalists, to Reza Pahlavi’s Farashgard and to Mehran Modiri (an Iranian celebrity).

RESTART opposition’s policy regarding the IRGC is 100% in line with the policies enforced by President Trump.

RESTART LEADER’s predictions about the IRGC that came true

What did RESTART LEADER say about the IRGC (Sepah) seven years ago?

All the political analysts and oppositions are seven years behind the RESTART LEADER!

Two years ago, 1000s of Sepah and Basij bases were set on fire by RESTARTEES.

For the past 7 years, we RESTARTEES knew that Sepah (IRGC) is a Terrorist organization, a Radical Islamist and is being fed by the Globalists.

Everyone is copying what RESTART LEADER says.

My dear people, we are in the most dangerous period of history in Iran. Our country is getting in full control of Sepah (IRGC). Why don’t you get it?

The country is now being run by a single-party government. There’s only one solution left to reach a democracy in Iran, and that’s regime change by a war.

The whole government is in control of Mr. Khamenei and Sepah. Not long ago there was the Reformist party in Iran, whom some would say were agents of Britain or elsewhere; doesn’t matter really; at least there could be some conflicts among them and the government; in the meantime, some movies like Marmoolak (Lizard) would release. At least there were a few media who would speak out.

Those Reformists are gone now; that’s why the government is a single-party now.

And we are turning into another North Korea. It means the army is making decisions for the people, it means the army could plan a coup d’etat to kill someone or dismiss someone else from his position.
It’s the army who is making all the decisions, and army is no one but Sepah.

We are getting our country into a war this way, my dear people.

I’m telling you in advance and soon, it will be too late for any action to prevent that.

The second solution is that you decide to rise and stand up against this regime and say
“we have lost 50 people so far, we will lose another 100 or 200 (but we will gain back our freedom)”,
but it’s really vain, you know why?
Because you don’t have the energy and motivation to do that;
How do I know?
Because I see you switch the channel and watch comedy series and laugh every night.

You don’t have the energy to fight, do you know why?
Of course, I’ll give you all the right to feel like that;
because they have lied to you all these years and they have constantly oppressed you in this country that left you no motivation and energy to fight.