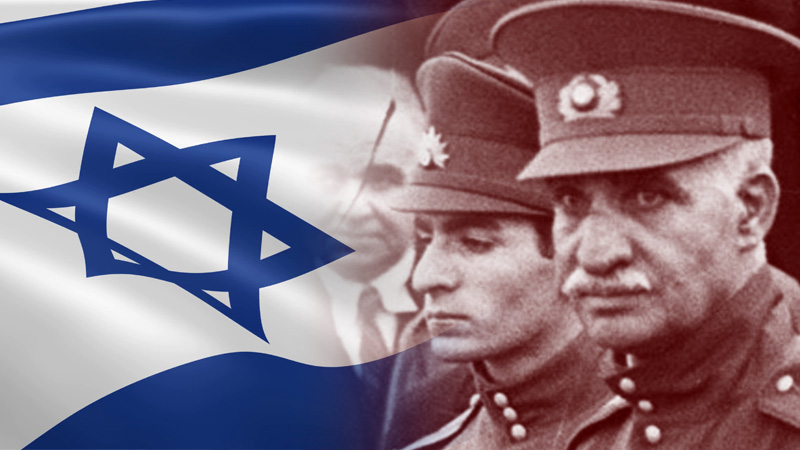 When Hitler murdered millions of Jews, the family of the former Shah of Iran (Pahlavi family) celebrated this genocide by Hitler and changed the name of our country from Persia to Iran!

The Pahlavis hated Israelis and Jews just like the Islamic Republic of Iran!

Mohammad Reza Pahlavi was thrilled with the murder of Jews in the Holocaust and was the number one enemy of Israel!?

It’s interesting to know that Mohammad Reza Shah paid billions of dollars of bribe to Russians and the British…
And right now,
The British media, Manoto TV, has spent billions of dollars on Pahlavi family so they can blackmail them in the future.
Meanwhile, VOA and Radio Farda are supporting Reza and Farah Pahlavi and the Islamic Republic regime and BBC’s negative campaigns against Reza Pahlavi are with the actual aim of promoting him.

Well said Shahpour Bakhtyar that “more vicious than the Islamic Republic regime is the Pahlavi Family.

The purpose of revealing the documents of the enmity of Pahlavi family towards Israel is to show people how Mohammad Reza Shah’s reign and the Islamic Republic regime are similar!

Newspaper cut-out 1: 1978
The speech by Ayatollah Dr. Seyed Hassan Emami, the speaker at Friday’s public prayers:
“The revolution made by Shah and the Iranian nation has been inspired by the Islamic rules.”
In his speech, Emami keeps praising the Pahlavis and prays for their health and protection by God.
By reading his speech, one assumes the history is being rerun. Shah of Iran and the Islamic Republic regime were both puppets of two countries: Britain and Russia.

The photo on the right:
Mohammad Reza Shah: We will unite with Palestinians in the war with Israel.

The Photo on the left:
Mohammad Reza Shah in a feast in honor of Hafez Assad: Iran is decisive in recognition of all the rights for Palestine.

Do you understand now why Brian Hook (American government official) said, the Iranian nation have lived under tyranny for the past 100 years and Shah and Khomeini were both appointed by a coup d’etat!!