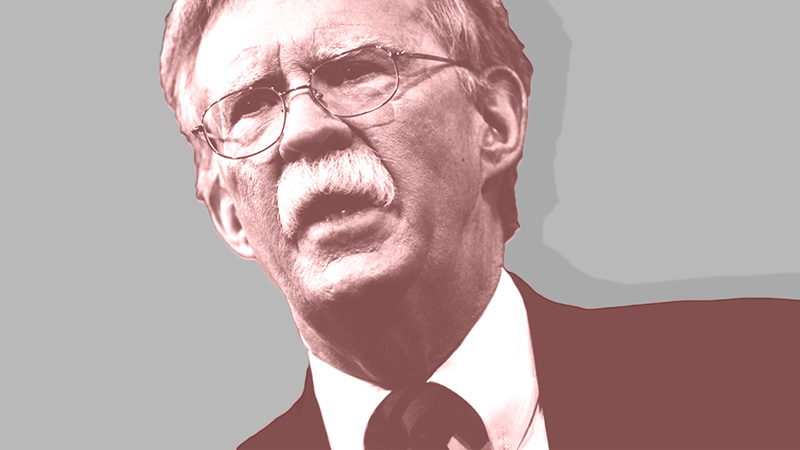 This is a huge victory for RESTARTEES!

Dear Mr. Bolton
The period of Globalism (Pahlavis) and Islamic Radicalism (The MEK) has ended.
Please Don’t destroy the entire history of your good work and services for America!
Don’t push Iranians from a bad situation to a worse one!
Iranians always welcome you with open arms.

Mr. Bolton
I had told you Reza Pahlavi and the MEK era has come to an end and asked you not to try to put them into power!
The future of Iran is the Cyrus Empire and our country will be called Persia again…
You didn’t listen!

Reza Pahlavi and the MEK are both enemies of America, Israel, and Persia!

Dear Mr. Bolton
The main reason for your dismissal was what I have written above!

You should have known that Donald Trump couldn’t defend Reza Pahlavi, the British Globalist agent, and the MEK, the Russian Radical agent!
and put them into power in Iran.
Millions of Patriots support President Trump because of his Patriotic beliefs!

You had mistaken Trump for Clinton;
it was Clinton who was supposed to launch a fake coup, not Trump!

Clinton was supposed to put Pahlavi and the MEK with the help of the IRGC terrorist and the Intelligence ministry in a coup.

BUT, Trump came into power, ruined their plots, terminated the nuclear deal with Iran and supported Patriots and …

Reza Pahlavi and the MEK should also now that,
You shouldn’t always kill the trapped Queen in chess!
Sometimes, it’s more beneficial to have an opponent group member present!

The Islamic Republic regime was ridiculing JCPA when they were supposed to sign the deal with Obama, strongly attacking its supporters, saying that the nuclear deal was to our detriment!
But when Trump terminated the deal, everyone in the world realized that Iran’s regime was lying and not only it was greatly to their advantage, but the only one who loved the deal was the Islamic Republic itself!
They also received $150 billion!

So is the game Bolton’s dismissal.

Contrary to Iran’s terrorist regime and other small oppositions’ opinions,
Bolton’s dismissal defines regime change!
And Bolton’s departure brought us closer to the war with Iran’s regime, not farther!
The coup is now more impossible!
However, to cut the hooks left on President Trump’s desk, more and more attacks on Reza Pahlavi specifically and the MEK should still be carried out!

In the end, we will have two or three pleasant and unpleasant twists and turns, but that will end too!