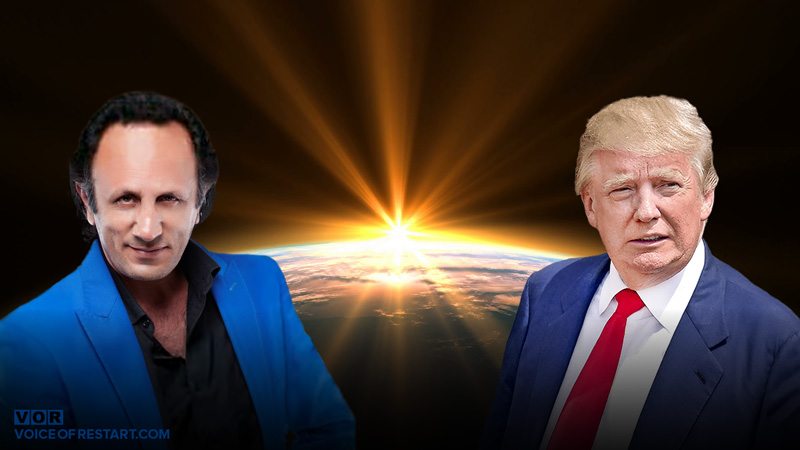 Strange but fascinating and important to know!

The terrorist regime of Iran believes that Seyed Mohammad Hosseini, Leader of the RESTART is the person prophesied in the books from 1000s of years ago, who will strike Iran with the support of Christians and Jews, fight Radical Islam and create an Islamic renaissance!

That’s why they all censor the RESTART opposition in a united act!

1240 years ago, a book was written by a Sufi describing the Antichrist, the signs of the reappearance of the Christ and what would happen then.
There might be only 20-30 people in the world who’ve seen this book and know its secrets!
RESTART Leader says: I’ve read it, twice!

It’s not important we believe it or not;
It’s important that billions of Muslims around the world believe in these prophecies and consider them the sign of the Apocalypse and the advent of the Antichrist.

Iran’s regime has spent $Bs for this propaganda in Iran and Lebanon’s media. The IRGC and Hizbullah say Trump and RESTART Leader are Antichrist (Dajjal) but Iranians believe Donald Trump is Yamani, sent by Jesus and Seyed Mohammad Hosseini the Leader of RESTART is Cyrus I (Shu’ayb).

Millions of Iranians are waiting for the King’s Gambit of RESTART to happen.

“THE SILENT MAJORITY IS STRONGER THAN EVER BEFORE.”