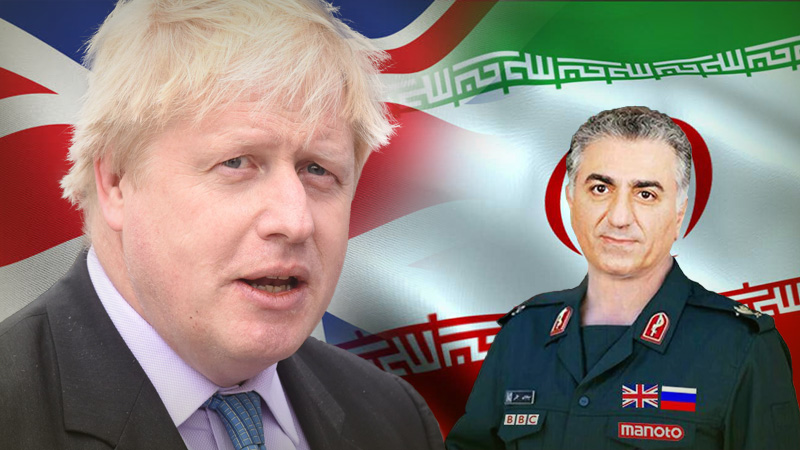 Mr. Boris Johnson;
You talked about Jeremy Corbyn being paid by Press TV.
Please ask Jeremy Hunt which UK ambassador on behalf of Iran’s regime had offered to pay billions of dollars of bribe to some governments to empower Reza Pahlavi in Iran!

Millions of RESTARTEES have a few questions from you:

1. Who are the financial supporters of Manoto TV in the UK and where did they get the $970 million for the propaganda to generate such massive publicity for the family of the former Shah of Iran (in favor of Reza Pahlavi) and Hassan Rohani?!

2. What was the most important reason for the expulsion of the British ambassador from America?

3. What is the reason behind the censorship of RESTART opposition and specifically RESTART leader by British media and BBC and instead generating publicity in favor of the MEK, Reza Pahlavi, and Farashgard?!

4. Who are the enemies of President Trump and real Patriots of America and all over the world and what is the reason for their enmity?!

You definitely know that it is President Trump’s honesty that made millions of people around the world support him!

Mr. Boris Johnson;
The only and best way to save the UK is to…

Otherwise, I will have to say that the UK has not had a politician for the past 64 years; all had been lobbyists!