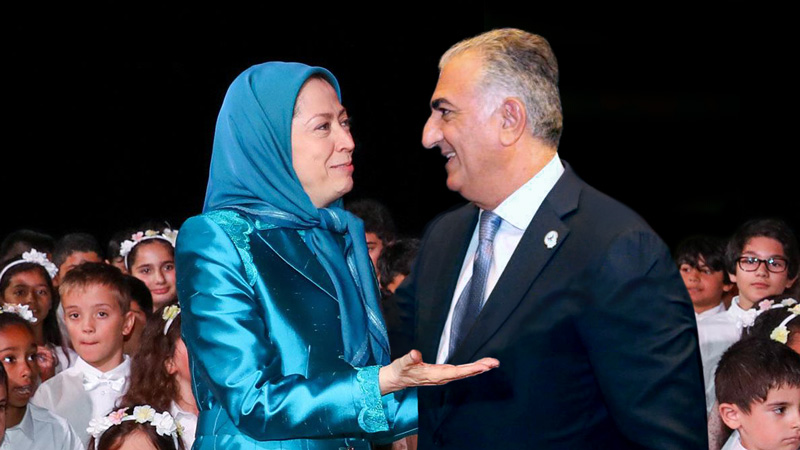 The RESTART Leader had earlier informed about this issue several times and announced again a few days ago:

“The Basijis and the Opposition Groups will soon attack the only way of salvation in the guise of one another and of course each other!
Where have you been over the past year?!
Probably you have to do it from now on!!
Do not hurry…
I bet you will attack us fiercely.”

Regarding this unfortunate bond and the events that have taken place these days, RESTART Leader offered some explanations on his Twitter account and wrote:

Reza Pahlavi and Maryam Rajavi stole billions of dollars from the people of Iran and received money from the UK, Russia, Germany, France and security organizations of some countries!
They are puppets and spies!
They have hundreds of media!
They are friends of John Bolton, Nancy Pelosi, Joe Biden and John McCain!
They hate President Trump, but they beg at his door every day!

Only those who attack the three of them are wise and compassionate people!
Because the MEK, Reza Pahlavi and Iran’s regime are all Radical Islamists, spies and puppets!

Globalism and Radicalism are two parallel lines that intersect!
And their intersection is Communism!

We succeed when the light comes on,
But in order to succeed, others have to turn the lights off!
This is the difference between…
an eagle and a bat!